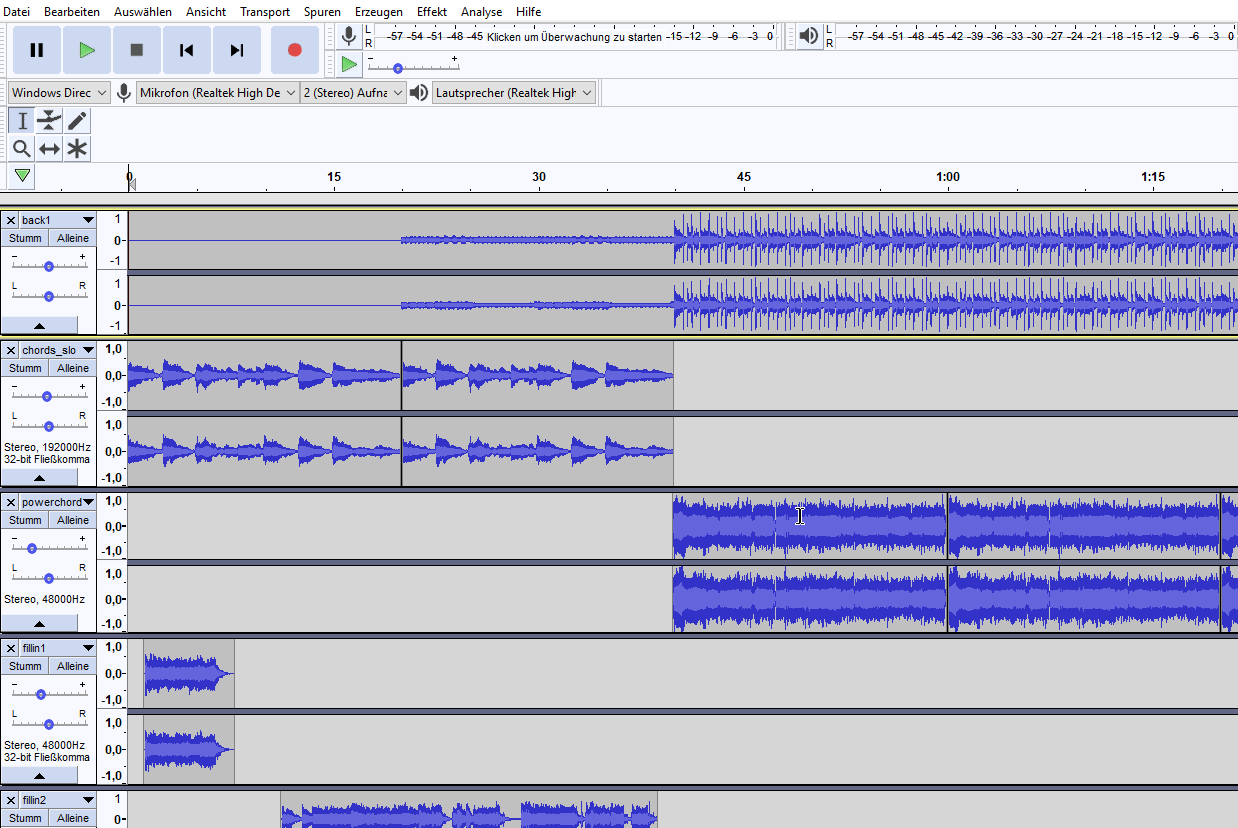 Some conclusions from my attempt to start playing guitar again.

2. Using the computer as an amp is…less than satisfying. As a matter of fact…it sucks. Maybe not if you use the costly Pro software instead of the freeware but come on now…do I look as if I would spend 300€+ on a software that emulates a guitar amp?

3. When my computer is busy emulating a guitar amp it seems he can’t play any other sounds apart from that guitar sound which is ok if you’re just noodling around but starts putting you somewhere between a rock and a hard place when you actually want to record stuff.

4. You wouldn’t believe the setup I used to record today…without going into all the details, let me just tell you it involved using my mobile phone as a playback device so I would hear the rhythm and the song itself while recording the lead parts.

5. FL Studio sucks big time for this or I’m doing it wrong. It can’t record the guitar directly even though I got the Guitar Rig VST and all.

6. I ended up actually recording every single part one by one in Audacity, cutting it so it all fits in Audacity and arranging it in Audacity. As much as I love Audacity…it wasn’t made for this …like…at all. It takes a shitload of time that way.

7. A quick search to see how much I’d need to spend on the things (programs, equipment) I’d need to achieve the results I had in mind made me realise that I will either be very broke very soon or have to purchase all the things bit by bit and be done with it at the end of next year. Gosh, I didn’t remember that this stuff was so darned expensive.

And to add insult to injury…I’m not even satisfied with the result, picture that. Need to practice more. Seems it’s not entirely like bike riding. You do get worse over time if you don’t do it regularly 🙂

Opt-out complete; your visits to this website will not be recorded by the Web Analytics tool. Note that if you clear your cookies, delete the opt-out cookie, or if you change computers or Web browsers, you will need to perform the opt-out procedure again.

You may choose to prevent this website from aggregating and analyzing the actions you take here. Doing so will protect your privacy, but will also prevent the owner from learning from your actions and creating a better experience for you and other users.

The tracking opt-out feature requires cookies to be enabled.